All-femme band asserting aesthetics and group dynamics ahead of music-making and reveling in the mystical ephemera of fame.

Expen$$$ive is the love child of performance artists Emilia Athanadiasis (Fancy Bitch Brynne), Kerith Manderson-Galvin (Teen Supreme Brynne) and Casey Jenkins ($hamele$$ Brynne). Though the artists have produced three seminal song-title video clips they have no immediate plans to produce any music and their commitment is to their fans and their own self belief.

Expen$$$ive are the embodiment of a modern-day Super Group, excelling at group dynamics, signature looks, signatures, fame, bonding and aesthetics. Beginning through internet connections and mutual and self-admiration, they first burst onto the International Celebrity Stage with a blockbuster autograph and CD signing at Melbourne’s inaugural Found Festival in 2014. As they haven’t actually released any of their own CDs they signed random CDs from other performers and various body parts of fans.

They have since been regulars on the A to D list circuits with exclusive backstage meet and greets, mall appearances, red carpet and candid paparazzi moments and headline concert posing while still making time for those less fortunate. Since their conception they have lost a drummer, found religion, been questioned by police (who threatened to have their autograph signing tent shut down at the Let Them Eat Cake Festival on the grounds of suspected soliciting) and experienced an extreme case of exhaustion. 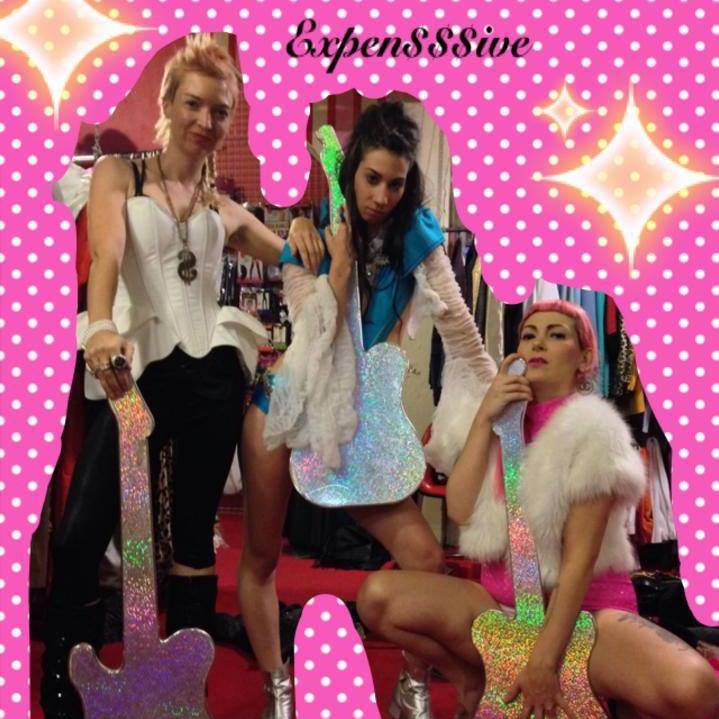