Stelarc experiments with alternative anatomical architectures. He has performed with a Third Hand, a Stomach Sculpture and with Exoskeleton, a 6-legged walking robot. Fractal Flesh, Ping Body and Parasite are internet performances that explore remote and involuntary choreography. He is surgically constructing and stem-cell growing an ear on his arm that will be electronically augmented and internet enabled. Recent performances include ReWired / ReMixed that incorporates an outsourcing of his senses and a sharing of his agency.

For Mecha, Stelarc will be presenting video documentation of recent performances and attending the festival in person. 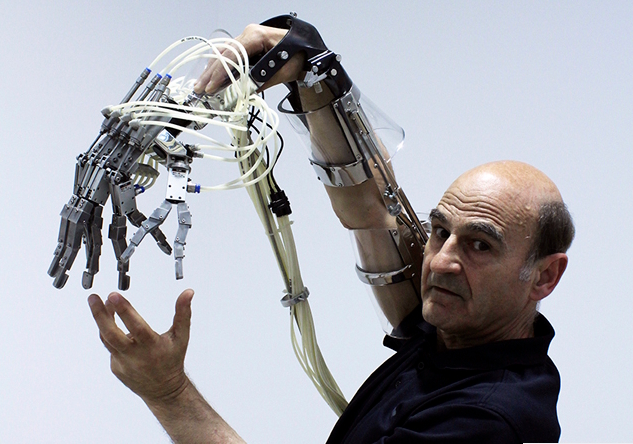